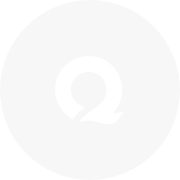 Asha Bhosle (Marathi: आशा भोसले) (born September 8, 1933) is an Indian singer. She is one of the best-known and highly regarded Hindi playback singers in India, although she has a much wider repertoire.[2][3][4] Her career started in 1943 and has spanned over six decades. She has done playback singing for over 1000 Bollywood movies. She has recorded many private albums and has participated in numerous concerts in India and abroad. Bhosle is the sister of playback singer Lata Mangeshkar.
Renowned for her voice range and often credited for her versatility, Bhosle's work includes film music, pop, ghazals, bhajans, traditional Indian Classical music, folk songs, qawwalis, Rabindra Sangeets and Nazrul Geetis. She has sung Hindi, Assamese, Urdu, Telugu, Marathi, Bengali, Gujarati, Punjabi, Tamil, English, Russian, Czech, Nepali, Malay and Malayalam.
In 2006, Asha Bhosle stated that she had sung over 12,000 songs,[10] a figure repeated by several other sources.[9][11] The World Records Academy, an international organization which certifies world records, recognized her as the "Most Recorded Artist" in the world, in September 2009.[12] The Government of India honoured her with the Dadasaheb Phalke Award in 2000 and the Padma Vibhushan in 2008.
更多>
 收藏
Asha Bhosle
作品
分享至
Noorie